Never forget the men and women who have died, while bravely serving our country's armed forces! Drea with the Design Team, honoring my late uncle, who served in the Army, with this page that I scrapped of him for this Memorial Day, featuring Prima Marketing's Rust Pastes from FotoBella.com. 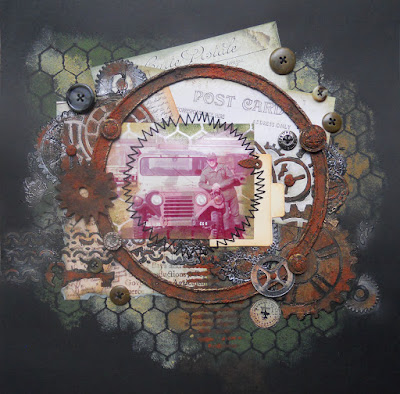 I started with a piece of black cardstock, and a chickenwire stencil that I applied Prima Marketing Rust Paste (Camouflage Set) to, using all three colors from the set. Then I assembled the post cards and papers, cut and torn from Stamperia's Around the World 12 X 12 Paper Pad, and inked along the edges with Distress Inks. 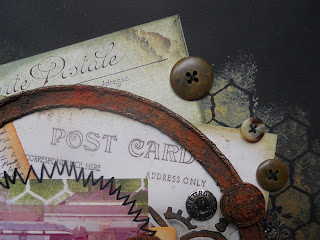 The key, chains, gears, and cogs were made with Prima Marketing's Black Gesso applied to the Stamperia Steampunk Mechanism Thick Stencil. Once dry, I used my fingers to rub on some Prima Marketing Metallique Waxes (Bronze Age, Rich Copper, Brushed Iron, and Old Silver), followed by Prima Marketing's Red and Brown Rust Pastes. 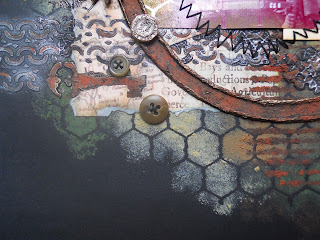 The same steps were used on the large circle that I glued twine to, before coating with black gesso. Then I did some stamping and fussy cutting with Prima Marketing's Finnabair Stamps, adding Rust Pastes to one of the gears, and popping it up over the circle. 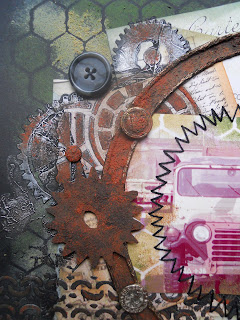 The buttons belonged to my late grandma, some covered with Rust Pastes, along with the brads and anchor on the photo, that's finishing the hand-stitching. 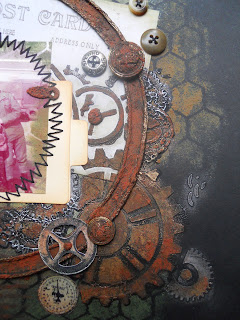 Thanks for looking, and check out all of the GREAT Memorial Day Sales going on at FotoBella.com!